Heather R. Lee researches, writes, and teaches on the history of Asian peoples in the United States. She takes an interdisciplinary and transnational approach to her subject, using spatial analysis, quantitative data, and archival sources to study the movement of people and capital from Asia during the long twentieth-century. She specializes in how the migration of racialized peoples of Asian descent shaped hierarchies of power in the United States.

Professor Lee is also a public historian. Her research has been featured in NPR’s All Things Considered, The Salt, The Atlantic, Chicago Tribune, No Jargon, a podcast on American politics and society, and Gastropod, a podcast on food science and history. She has advised and curated exhibitions at the New-York Historical Society, the National Museum of American History, the Museum of Chinese in America, and elsewhere. She is a member of the Scholar Strategy Network, an organization dedicated to connecting the academy with policymakers, citizens associations, and the media. She is currently the Digital Humanities Officer for the Immigration and Ethnic History Society (IEHS), where she helps guide the organization’s digital presence and digital projects.

Professor Lee has received fellowships and grants from the American Council of Learned Societies, Association of American Historians, Immigration History Research Center of the University of Minnesota, Mellon Foundation, U.S. Department of Education, and U.S. Library of Congress.

Gastrodiplomacy: Chinese Exclusion and the Ascent of Chinese Restaurants in New York 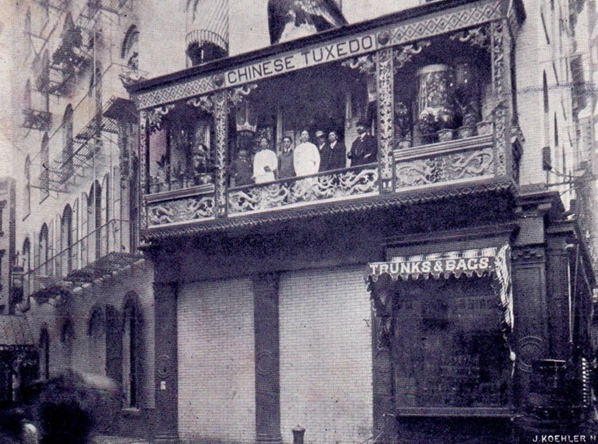 Chinese “gastrodiplomats” used restaurants to access legal exemptions, which granted restaurant owners the privilege of entering or sponsoring relatives to the United States during the period of Chinese Exclusion. In doing so, they enabled Chinese Americans to confront restrictive immigration policies, discriminatory employment practices, and racialized violence in the United States, and improve the material lives of family members in China. What emerged from their efforts was a system of orbiting capital and labor that accounts for the Chinese restaurant industry’s rapid growth in the early twentieth century.

Beginning in 1870, with the rise of the political movement to end Chinese immigration, and concluding in World War II, when Chinese Exclusion was finally repealed, Gastrodiplomacy tracks Chinese gastrodiplomats across the archive of popular print culture, business records and ephemera, personal papers, and governmental documents, as well as the Chinese Restaurant Database, an original database created from government records which will be published in an accompanying website.

By bringing attention to the contribution that Chinese immigrants have had on the making of New York and, by extension, how New York shaped the nation, Gastrodiplomacy disrupts the image of turn-of-the-century New York as a European immigrant city. It also shows how New York is overlooked in Asian American history as a site of Asian immigrant political activism and how food provided a language for their political aspirations at a time when typical avenues to political power—labor unions and the ballot box, for instance—were closed to them.

“Hunting for Sailors: Restaurant Raids and the Conscription of Laborers during World War II,”

in A Nation of Immigrants Reconsidered: The U.S. in an Age of Restriction, 1924-1965, edited by Maria Cristina, Madeline Hsu (Urbana, IL: University of Illinois Press, 2019).

"A Life Cooking for Others: The Work and Migration Experiences of a Chinese Restaurant Worker in New York City, 1920-1946,"

in Food for Thought: Essays on Eating and Culture, edited by Lawrence Rubin (Jefferson, NC: McFarland, 2008).

“History of Chinese Restaurants in America,” Process: A Blog for American History (2015).

“The Immigration History of Chinese Restaurants in the United States,” Stackspass: A Look Inside the National Archives at New York City (2014).

The Journey of Chinese Food

Heather R. Lee’s research on the untold story of Chinese restaurants in America discussed in Gillian B. White. The Atlantic, October 2, 2015.

"History of Chinese Restaurants in the United States"

Chinese Food in the United States

Food On the Move: Eating in Trains, Ships, Cars, and Planes

From A.A. to Zouave: Collections at Brown 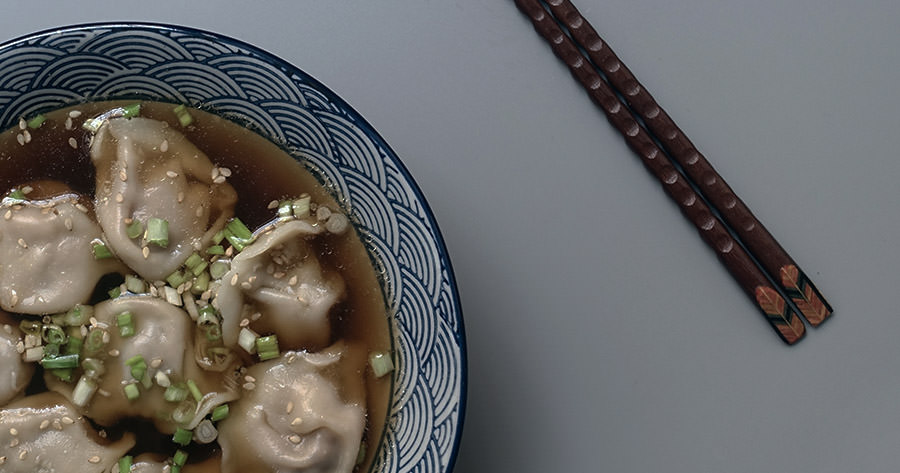 Professor Heather R. Lee tells the story of how a loophole in the Chinese Exclusion Act led to the Chinese restaurant boom in America. Drawing parallels to today, she explains the unintended impacts of the law on the U.S. and China. December 2016

The United States of Chinese Food

Professor Lee came to embrace interdisciplinary methods because of challenges in her own research. She studies migrant Asian workers and their businesses in the United States. Their cumulative efforts stand prominently in urban America landscapes, from South Asian-run Dunkin Donut shops to Vietnamese nail salons, but their personal histories and private worlds are far harder to access.

She reads limited and fragmentary records in unconventional ways, in the process developing methods in historical research and interpretation that she employs in the classroom.

Conducting independent research is a powerful way for students to open new fields of knowledge, to feel ownership over their education, and to discover their voices and perspectives. From her commitment intensive, research-based learning, Professor Lee founded the Humanities Research Lab, an interdisciplinary research team, to attract humanistically-minded STEM students to historical research questions, centered topically on issues of immigration and economic mobility in New York City, Professor Lee’s area of expertise.

Professor Lee has directed a dozen research teams in their explorations of how to leverage digital technologies in our interpretation of the past and they have produced a wealth of original historical data. Members of the Humanities Research Lab have made web-based animated histories, podcasts, digital walking tours, and maps, published at www.historybeyond.com.

The team is currently developing a web-based interactive data portal, called NY Immigrant City. A digital data interface, NY Immigrant City aggregates all the accumulated sources and through it, users have a window to the past that would complement the more familiar person-driven narratives.

Walk through through of the interactive data portal demo, Winny Wang, 2022

Co-taught with the NYU Shanghai Data Services librarian Yun Dai, this course brings together the disciplines of history and data science to the history of New York. The aim is to address two curricular gaps. First, is the absence of meaningful engagement with data in history classes. This is especially important when studying marginalized populations, who left scanty to no records authored in their own voice through which later generations might use to understand their experiences. The aim of engaging data in a history course is to teach students to recognize and meaningfully utilize the abundance of data in historical material.

The second curricular gap is space for learning the context in which the data was produced. Data is the product of humans, whose intentions, biases, and shortcomings influence data collection, interpretation, and presentation, and whose impact should be accounted for in interpretations of that historical data. The goal is to properly deconstruct data—to critically analyze and recognize the way data is not a neutral recording of the world—and to make informed interpretations of historical data based on these understandings. 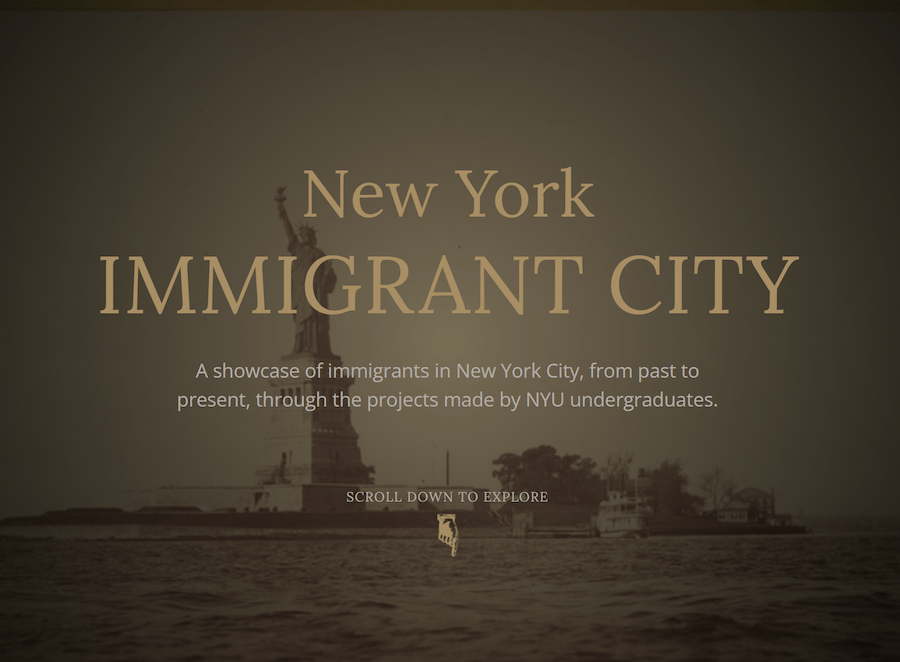 Professor Lee is developing a portal for historical data on Chinese immigration to the United States. The centerpiece of this initiative is the Chinese Restaurant Database, an original historical dataset about the people and business practices behind New York’s Chinese restaurants. The Chinese Restaurant Database was designed to connect two halves of Chinese American history: the multitude of Chinese businesses and the experiences of Chinese immigrants under Chinese Exclusion. It captures through data what it was like to invest, operate, and work in Chinese restaurants, as well as the dealings that business partners had with one another and their suppliers. It also describes through data how restaurant owners and employees coped with Chinese Exclusion, how they immigrated, and the ways they maximized opportunities in U.S. immigration policies to stay connected with the people and places in China that were most dear to them. Neither Chinese business nor immigration data has been compiled so comprehensively before. 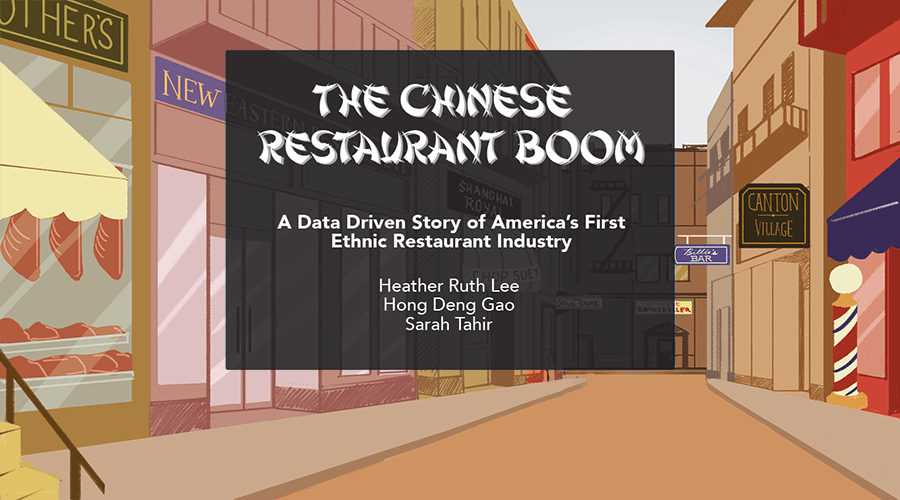 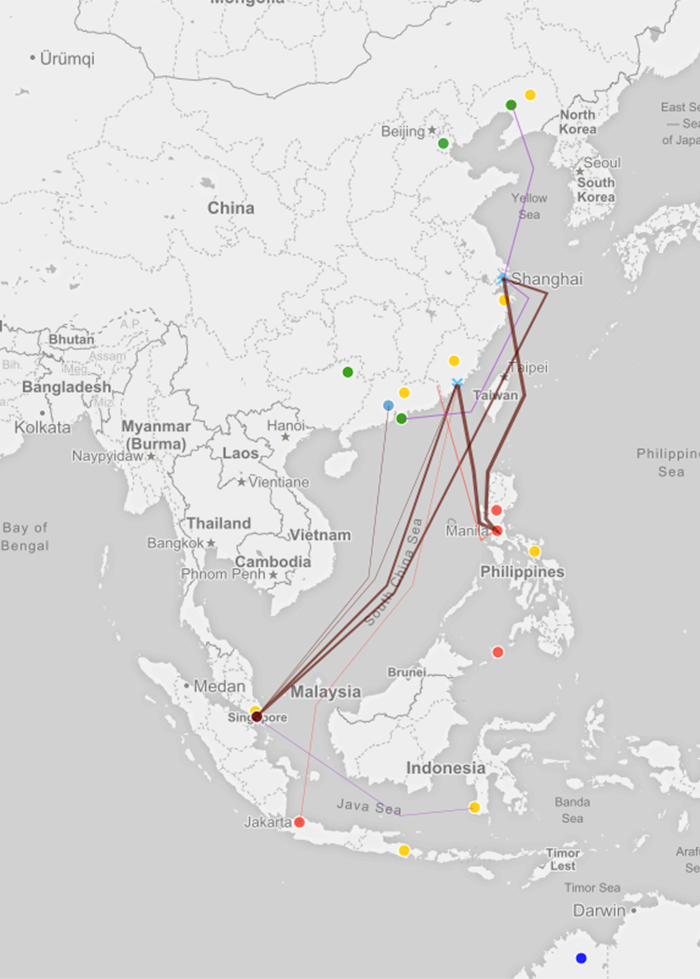 Professor Lee taught the lower-level seminar course Global Chinese Food and Diaspora at NYU Shanghai that combined research with an introduction to three centuries of Chinese migration history. For an assignment, students mined a scholarly article about seventeenth century trade in the South Pacific for primary sources. They mapped the commodities, trade routes, and volumes moving between present-day Philippines, Indonesia, Singapore, and Malaysia in CartoDB, a web-based digital cartography software.

The course used food as a window into studying historical migration patterns, socio-economic stratification, as well as interactions across social and physical barriers.

Beyond studying the social and cultural implications of these changes, students in Professor Lee’s courses gain experience in digital research and presentation. She is currently leading a guided research seminar at NYU entitled NY Immigrant City, where students work in small teams to produce digital stories about past and present immigrant groups.

In the past, her students at MIT have worked on research teams to create original podcasts. Students in her research seminars on New York City have made digital blogs using StoryMaps.

Chicken Feet: US Trade with China

Research Fellow, Brown University, Center for the Study of Race and Ethnicity

Send all speaking invitation and media inquiries for Professor Heather Ruth Lee via this contact form.